There will be no visitation hours or services. Cremation will take place followed by private family burial. Arrangements are being handled by the Ott/Haverstock Funeral Chapel, 418 Washington St., Michigan City, Indiana.

Surviving are many nieces and nephews along with great-nieces, great-nephews and cousins. She was preceded in death by sisters, Leona Mansfield, Norma Krassow and Mary Williams; and brothers, Herman Crama and Henry Crama.

Rose had previously worked in the blue print department at Allis-Chalmers, La Porte, Indiana. She enjoyed dancing and going to casinos and was a sustaining member of the Michigan City Service League and the Moose Lodge 980 Family Center.

Contributions may be made to the Michiana Humane Society 722 Indiana Highway 212, Michigan City, Indiana, 46360.

Scott’s wishes were to have no viewing or services. Private family burial will take place at a later date in Greenwood Cemetery.

Root Funeral Home has been entrusted with the arrangements.

Scott was born on Jan. 20, 1962, in Michigan City to Kenneth P. and Phyllis A. (Neulieb) Nowatzke. His father is preceding him in death and his mother is surviving in Michigan City.

He is preceded in death by one sister, Dolores Bulakowski; and one brother, Paul Nowatzke.

Scott was the owner/operator of Residential Construction in Michigan City.

He was a former member of the Coolspring Township Volunteer Fire Department and a 10 year member of the 4-H. He will be greatly missed by all who knew and loved him.

Memorials may be made to the La Porte County 4-H. 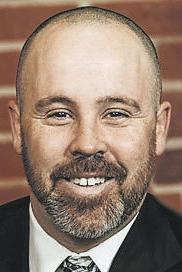 Representatives from the La Porte Economic Advancement Partnership discussed the progress of several projects in the city at Monday’s La Porte Rotary meeting.

“This year, specifically, has been in my 15 years here, by far, the busiest we’ve ever seen from an economic development standpoint,” said LEAP director and Rotarian Bert Cook.

The Thomas Rose Industrial Park, which is where the majority of La Porte’s industrial work occurs, has seen the construction of a 150,000-square foot spec building.

“It’s almost completed at this point. I’m proud to say, long before they ever even got close to finishing construction...they leased their first 60,000 square feet of space to a company called Patrick Industries, which is a leader in the RV industry,” Cook said.

Patrick Industries, said Cook, is expected to be open by the end of the year. This left the spec building with 90,000 square feet of space still available.

“Because the demand has been so great for that space, the developer has plans to double the size of the building – to build another 150,000 square feet which was part of their original design.”

Cook said NewPorte Landing, the city’s commercial and residential development area, is the project they get the most questions about.

Last Friday the city closed its transaction with Kensington Development, which acquired property that had been the site of the Little Tavern at Truesdell and Pine Lake avenues.

“They are beginning site work on a new Aldi grocery store that will open there next year,” Cook said.

According to Cook, the Redevelopment Commission also has an agreement with a restaurant to open at the intersection of NewPorte Boulevard and North Madison Street.

“Likely it will be built in the spring,” Cook said.

The Flaherty & Collins project, a mixed-use residential and retail development called The Banks, is also nearing the end of construction.

“The demand for leasing on those apartments has been so great that the developer has submitted a proposal to the city to consider doubling the size of that development. We have not moved forward with that as of yet, but it is nice for the city to be able to consider that project,” Cook said.

In addition to apartments, the project will have 5,000 square feet of commercial space.

“They do not have a tenant as of yet. They have shown it quite a bit. They look for, ideally, something that adds to the living situation there,” Cook said.

On Pine Lake Avenue across from Culver’s, a 12-unit strip center is also getting ready to start construction.

“The way it’s laid out right now, they have two end caps, which are two restaurants and two interior spaces as well. Doc’s Smokehouse is one of the restaurants that have signed their letter of intent,” Cook said.

Downtown La Porte is seeing a number of projects as well. Cook cited Harbor & Lake, which has redeveloped 702 Lincoln Way to hold commercial tenants on the main floor and apartments above.

“They’ve taken that building from what was in terrible shape and probably close to having to come down and done a magnificent job of rehabbing it and reorienting it, so it faces out on the plaza,” Cook said.

Cook said one of the city’s most problematic properties over the years, 701 Maple Ave., is in the process of redevelopment. The total number of units in the building will go from 46 to 38.

Other buildings on the block will be demolished to accommodate parking for the development.

“You will see a complete change of that block over the course of the next year,” Cook said.

The project’s developer, Thomas Viere, is also developing the Low’s Building on Lincoln Way. It will have three commercial units on the ground floor and 12 apartments on the second and third floors.

La PORTE — With local businesses in need of workers, the La Porte Economic Advancement Partnership is looking to fill those gaps.

LEAP representatives gave an overview of the efforts of their Workforce Task Force Committee at Monday's La Porte Rotary meeting.

"Over the last year, the workforce has become a very critical issue. In identifying some of the challenges we've had throughout the last year, we ran a couple hiring events," said LEAP President of Business Services Mike Riehle.

"That turnout was strictly due to the fact that Howmet had a large layoff at the time. Most of those candidates came from Howmet," Riehle said.

The May event was held to coincide with high school seniors graduating.

"We had about 75 people come walking through the doors. To put on an event like that, it was pretty disappointing the workforce wasn't there," Riehle said.

Riehle said they went back to the committee and asked how they can affect the largest pool of people.

"We looked at the schools – our graduating seniors. There's a lot of kids coming out of there. Probably half those kids that graduate are not going to college. Those bodies are going somewhere. We wanted to specifically address that," Riehle said.

They then pursued a grant from the Howmet Aerospace Foundation to fund a workforce development position that focuses on graduating seniors in the area.

"Due to the fact that most of our openings are the unskilled and semi-skilled nature, we really wanted to focus on that area," Riehle said.

With that grant, they were able to hire Erik Nelson, who is now in his fifth week as LEAP's Workforce Development Coordinator.

"He's already been on the ground and hit all the schools except for one. He's trying to, in his first 60 days, get data information from our employers – what kind of job openings do you really, truly have, what kind of skills gaps are there, what can we do to fill those skills gaps," Riehle said.

So far Nelson has had an initial success with matching a Westville High School student in the welding program at the A.K. Smith Center to a job at E-PAK Machinery.

"I found out some of the needs they had for building their business. They needed some more employees, and it just so happens they needed someone with some welding experience," Nelson said.

Nelson said they set up a meeting with E-PAK and the student, which resulted in the company offering a position for the student to come in for a few hours in the morning.

"He's going to go there for a few hours in the morning, get some training. He'll finish A.K. Smith with the idea, at the end of it, he'll join them for full time employment," Nelson said.

Annie was born July 29, 1937, in Maine to the late Benjamin and Smyrna Holland.

She is preceded in death by her son, Raymond Eugene Thorpe; one sister, Avalene; and two brothers, Raphael “Ray” and Virgil.

Annie was a retired special education teacher. After retiring from teaching she was the bridge tender at the Franklin Street Bridge for 20 years.

She loved teaching and talking about the historic sights in Michigan City and baking for her family and friends. She was a survivor of many health issues including colon cancer, breast cancer, 12 strokes and many other issues. She loved all children and raising her “headache” children. She will be greatly missed by all who knew and loved her.

Memorials may be made to the Service League.

A Celebration of Life will be held on Saturday, Oct. 9, at 11 a.m. at New Covenant Outreach Ministries, 419 Grant St., Michigan City, Indiana, with viewing from 10-11 a.m. at the Church. Burial to follow at Swan Lake Memorial Gardens. 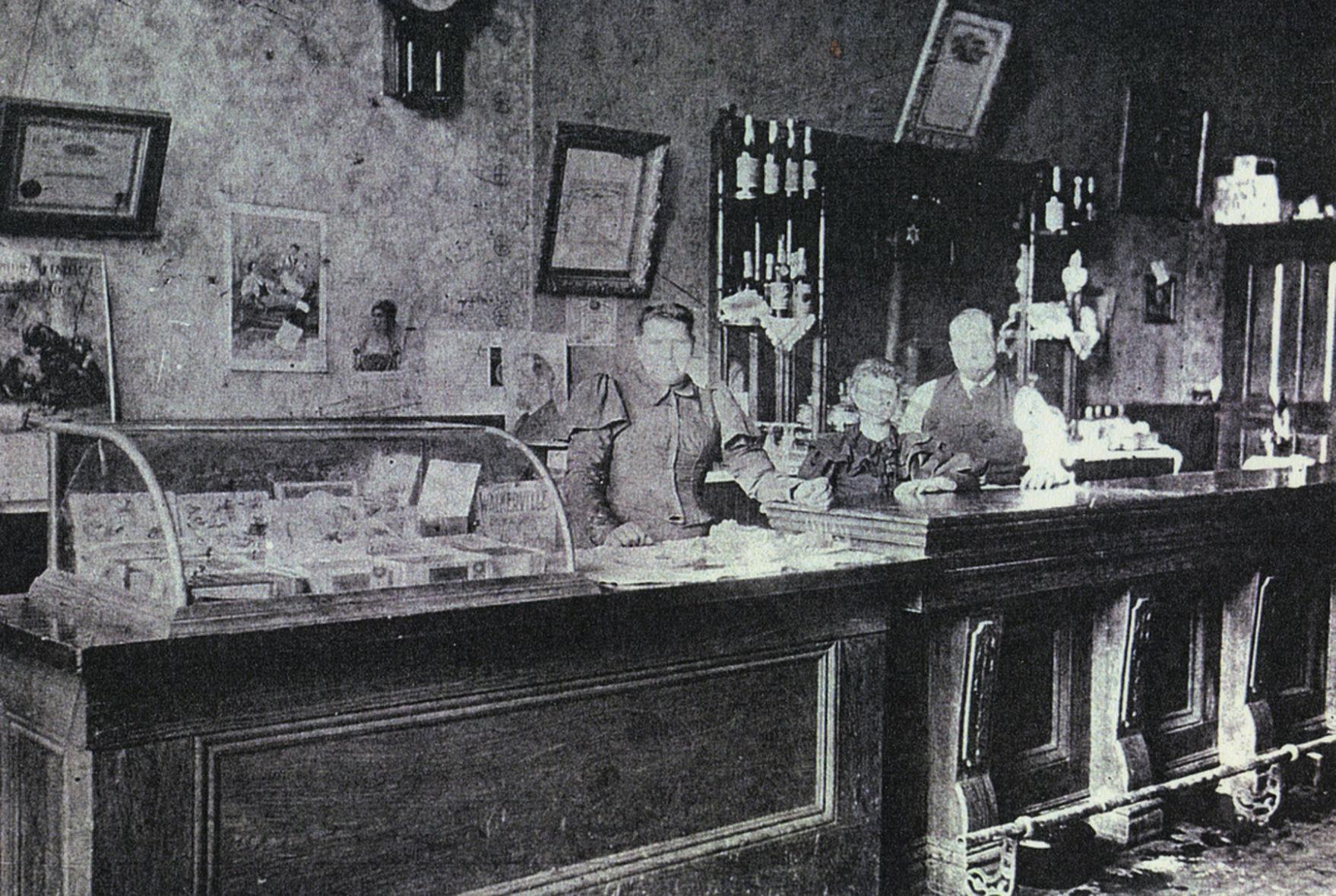 Heinie Grattenthaler (left) stands behind the counter of a saloon on the southwest corner of Barker Avenue and Franklin Street in Michigan City, circa 1910. The other two people are unidentified. If you know who they are, or the name of the saloon, call the La Porte County Historical Society Museum at 219-324-6767.