You have permission to edit this article.
Edit
Home
News
Obituaries
Sports
Features
Opinion
Columnists
Multimedia
Classifieds
Jobs
Contact Us
How do I?
1 of 6 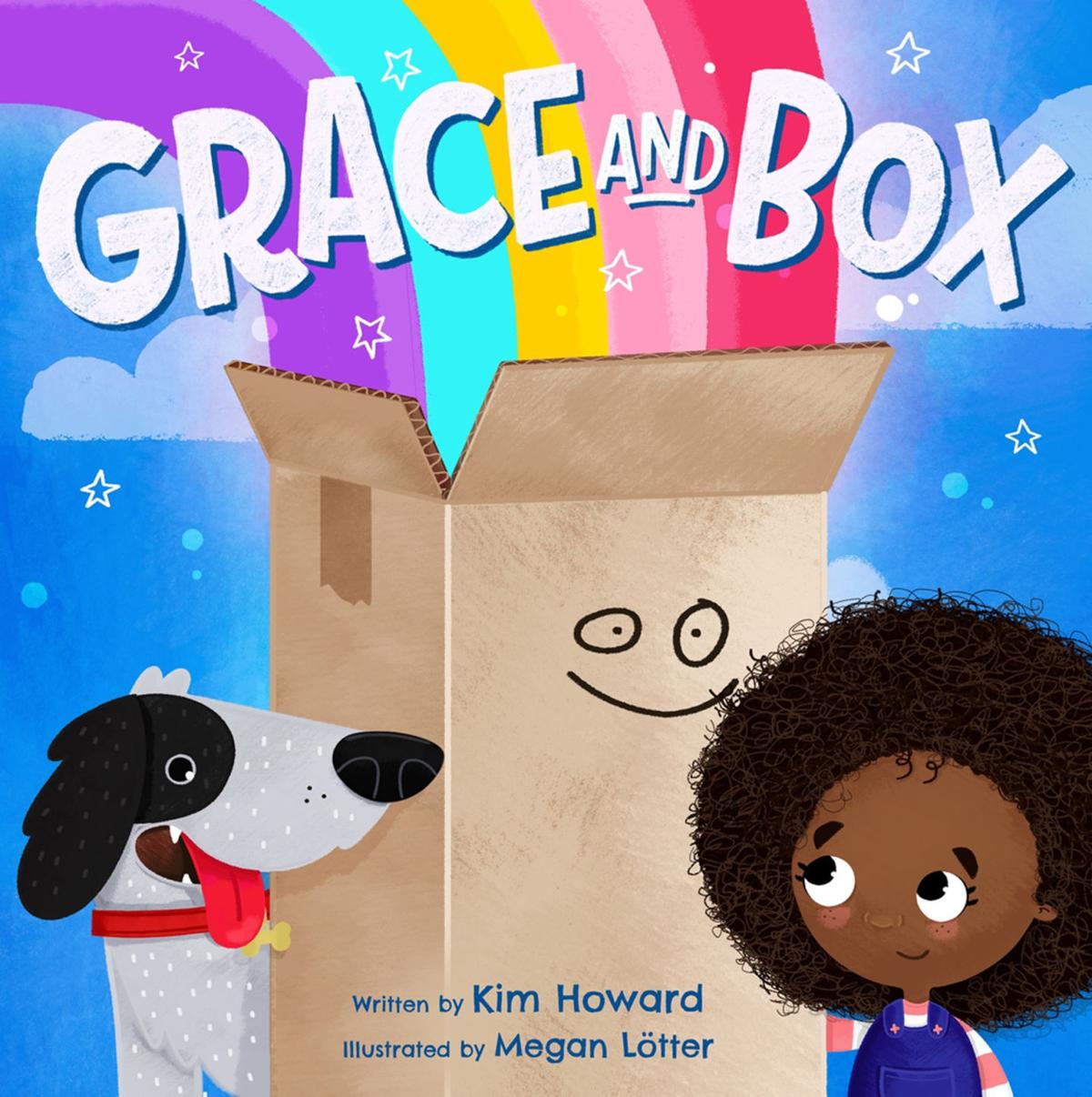 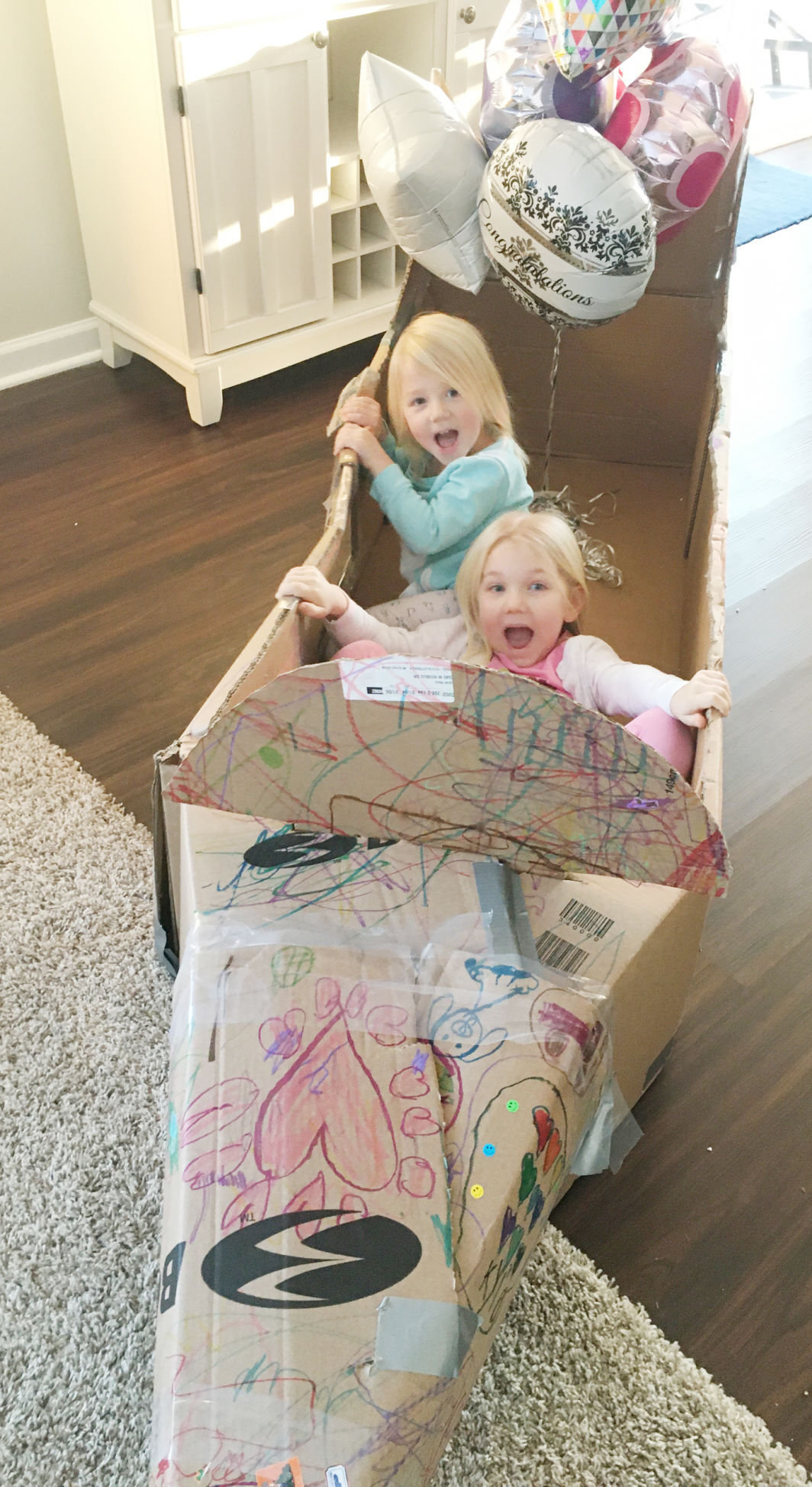 A rocket ship is just one of the many uses Ellie, front, and Maisy find for the boxes they repurpose at their home. 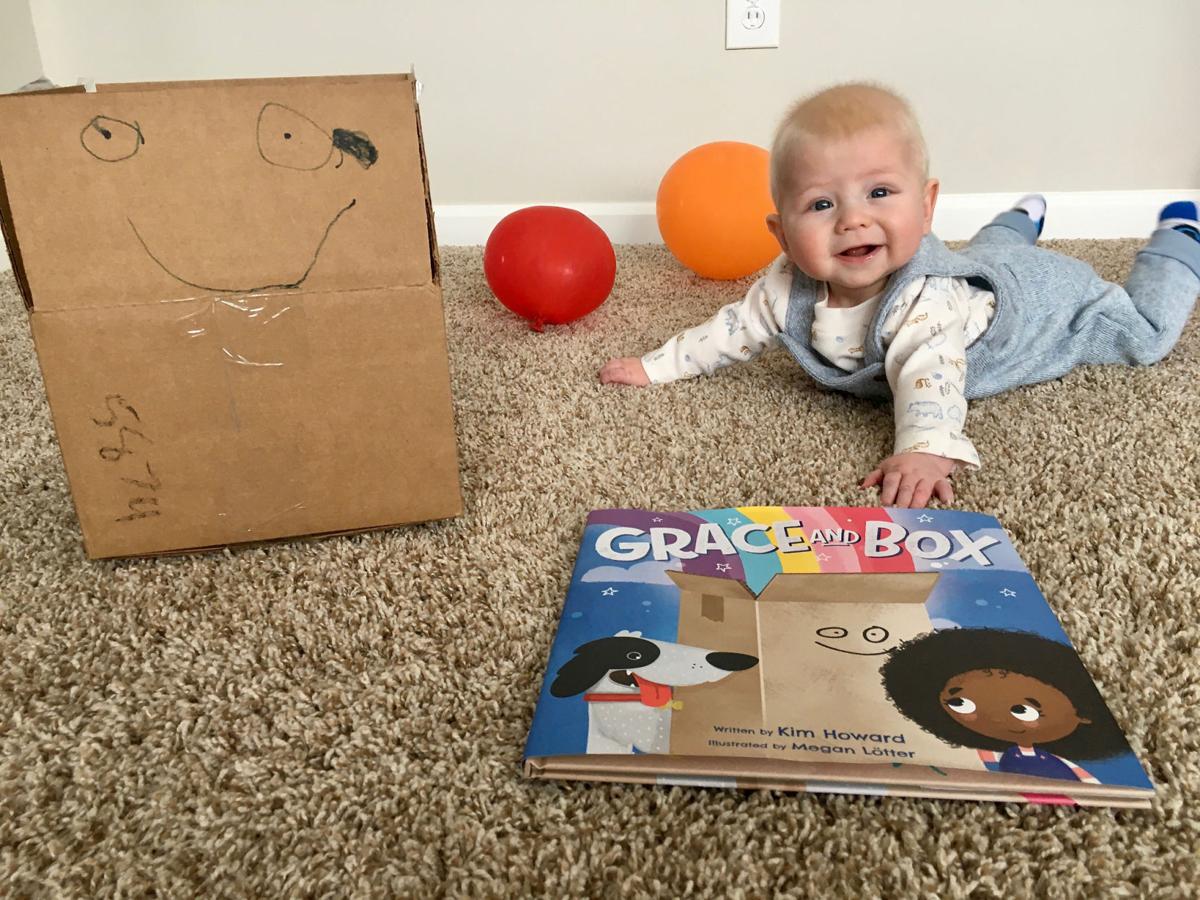 Owen smiles with a baby-sized version of “Box” that his sister Ellie made him, along with a copy of “Grace and Box.” 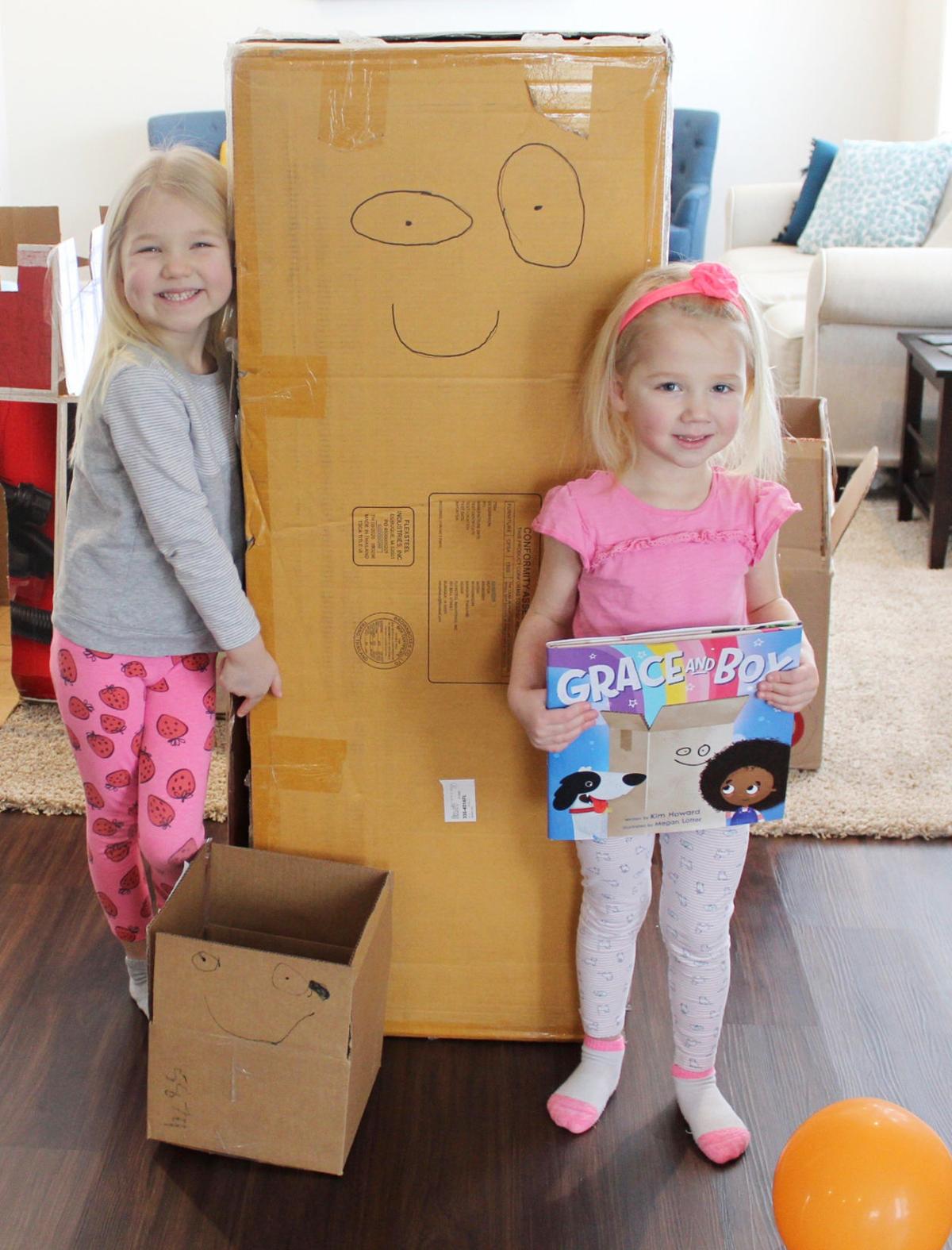 Ellie, left, and Maisy pose with their recreation of “Box,” a character from their mother’s new picture book. 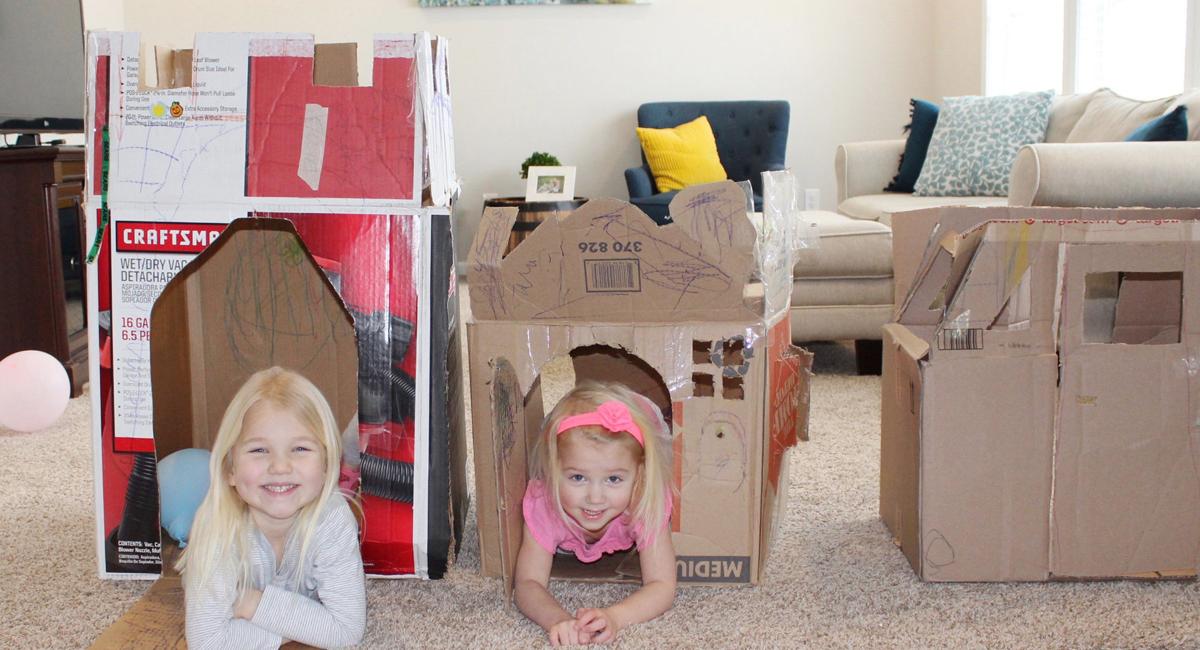 Ellie, left, and Maisy pose with their box castle, house and van at their home in Bloomington. Their play helped inspire their mother and La Porte native Kim (Tschida) Howard’s picture book “Grace and Box,” available now through Feiwel & Friends, an imprint of Macmillan. 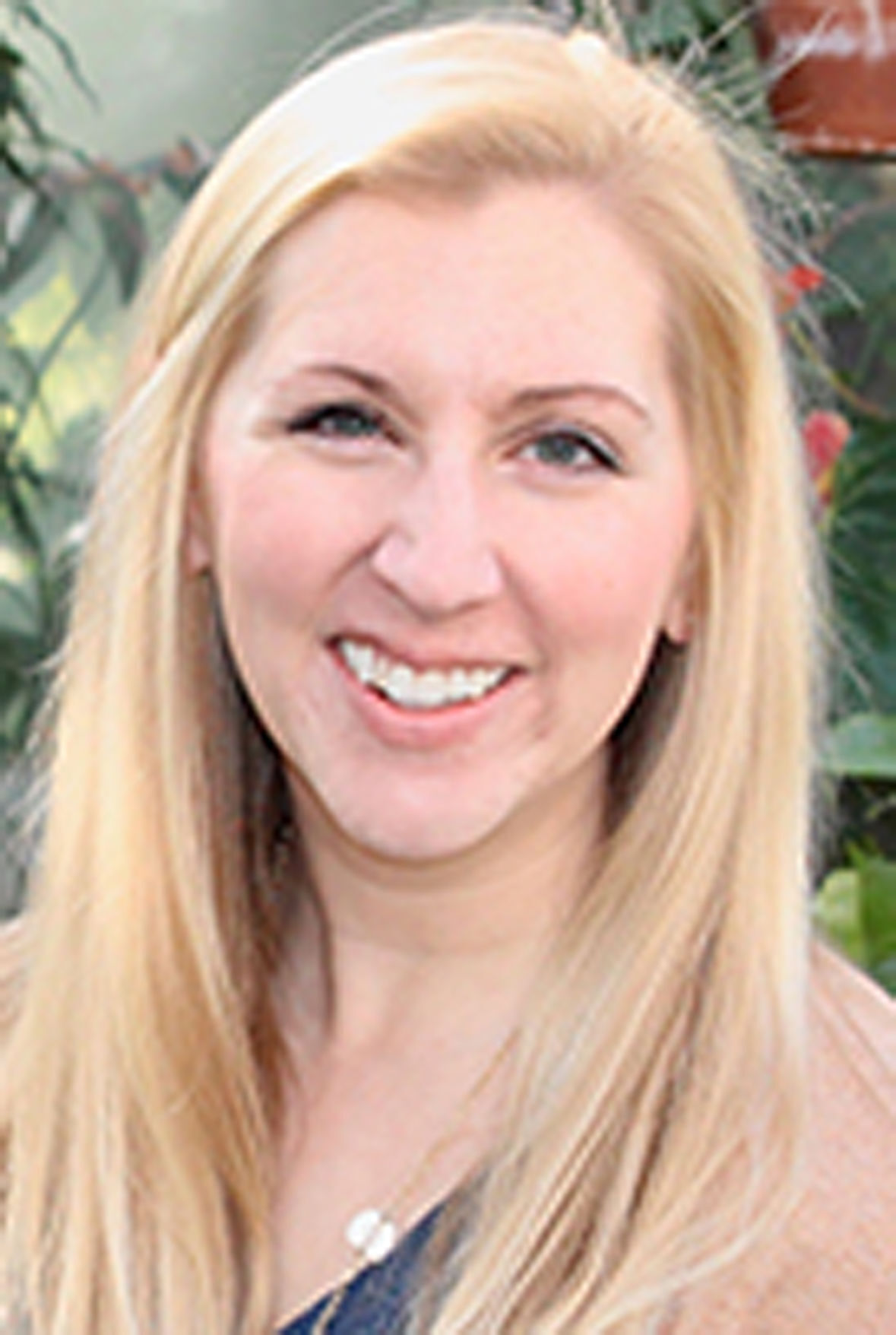 A rocket ship is just one of the many uses Ellie, front, and Maisy find for the boxes they repurpose at their home.

Owen smiles with a baby-sized version of “Box” that his sister Ellie made him, along with a copy of “Grace and Box.”

Ellie, left, and Maisy pose with their recreation of “Box,” a character from their mother’s new picture book.

Ellie, left, and Maisy pose with their box castle, house and van at their home in Bloomington. Their play helped inspire their mother and La Porte native Kim (Tschida) Howard’s picture book “Grace and Box,” available now through Feiwel & Friends, an imprint of Macmillan.

BLOOMINGTON — When La Porte native Kim (Tschida) Howard saw her daughter, Ellie, open a birthday present, only to discard the toy and play with the box – she got the idea for a story.

“I remember all the adults at the party laughing, talking about how typical it was that the box was more interesting than the toy,” she said about the 2016 incident at her daughter’s first birthday party.

“I started thinking about how timeless playing with boxes truly is. It’s something so many people can relate to!”

So, the former teacher got to writing, and now her story is part of a children’s picture book from Feiwel & Friends, an imprint of MacMillian Publishers.

Titled “Grace & Box,” it’s the tale of a little girl named Grace who befriends a refrigerator box. The pair wind up traveling to space, discovering the joys of camping and exploring the depths of the sea, all within a week.

But the fun ends when Grace notices Box has developed rips and crumples, neither of which can be fixed by bandages or resting on the couch. So what can she do to save her friend?

Howard drew inspiration from the play patterns of her own kids.

“When she was very young, my daughter Ellie used to love putting a bunch of stuffed animals into a box and pretending it was a car or a train,” she explained.

“Now both my daughters, Ellie, 5, and Maisy, 3, love playing with boxes. If anything is shipped to the house, as soon as the box is empty, they’ve taken it into the living room and are pretending like it’s a car or a spaceship.

“Ellie has also made sure that my son, Owen, 6 months, isn’t left out. She recently made him a baby-sized version of the character from the book, Box, which was really sweet to see.”

Born and raised in La Porte, Howard started writing when she was a child. She attended Handley Elementary School, Kesling Middle School and La Porte High School, and credits her teachers with fostering her literary interests.

“I’ve always loved to read, and growing up I thought being an author would be an amazing job,” she said.

“In La Porte, I had wonderful teachers who always encouraged my writing and gave me creative opportunities to write in school. I also participated in a summer enrichment course at a La Porte elementary school that was focused on writing.

“Each student was given a blank, hardback book so we could write and illustrate our own stories, and that was really exciting for me! As a child, it made me feel like an author to have my own hardback book when I had been so used to folding printer paper in half to write stories.”

But the road to becoming a published author was a long one.

The process involved sending the manuscript off to literary agents, then, after one expressed interest, signing with her agency. The agent then sent the manuscript to editors, but after a year, there were no offers.

So Howard decided to change a portion of the book (on how Grace solves her problem) and sent it out again. This time they heard from an interested editor, and signed a contract in 2019.

“For two years a team at Macmillan worked to create the book!” she said. “One of the first things we did was select an illustrator. My editor suggested Megan Lotter. I looked up Megan’s work, and her style was exactly what I was picturing for ‘Grace and Box.’

“Over the course of the last two years, my editor sent Megan’s drafts back and forth for feedback, and I was able to make suggestions. Megan and I had very similar creative visions for the book – I really wanted it to be immersive, imaginative, and fun, and I love how the illustrations turned out! She was able to express so much personality for the characters.”

According to the publishers, “Grace and Box” is a 246-word picture book about the sweet friendship that forms between kids and the things around them when they use their imagination.

The book has garnered positive reviews.

“This readaloud is bound to be a lot of fun at storytime, as Box’s sloppily drawn smile and decrepit appearance worsen with each new adventure to much hilarity,” wrote The Bulletin for the Center of Children’s Books. “Young viewers may seek a big box for their own imaginary travels, though it may not last as long as Grace’s.”

“My favorite picture books are the ones that are timeless, relatable, and fun,” Howard said, “so I tried to include a lot of classic box adventures for Grace, such as turning Box into a home and a rocket.”

In Howard’s home in Bloomington, where she resides with her husband and three kids, there are three large boxes – colored to look like a house, a castle and rocket ship – that she’s not allowed to recycle.

“Yes, our kids love playing with them! My husband helped them to cut out doors and windows – he even made a working drawbridge for the castle – and then my daughters colored and decorated the insides,” she said.

“The boxes are a little beat up these days! The girls pretend the house and castle are their homes, and they’ll go ‘visit’ each other. They like bringing in their stuffed animals and pretend food and playing house. In the rocket ship, they like to shout out countdowns and pretend to explore space.”

And her kids weren’t the only ones with box buddies. According to Howard, on the week the book came out, several friends contacted her to share pictures of the box creations they made with their kids.

“And so many of them were really impressive and way more elaborate than ours,” she said.

Howard said she is proud to represent the La Porte community with her book. She said she hopes it will captivate and inspire young children as much as the books from her childhood did for her.

As for the future, Howard has already signed a contract with another publisher for a new book slated to come out in spring 2024.

You can find out more about Howard and “Grace and Box” at: