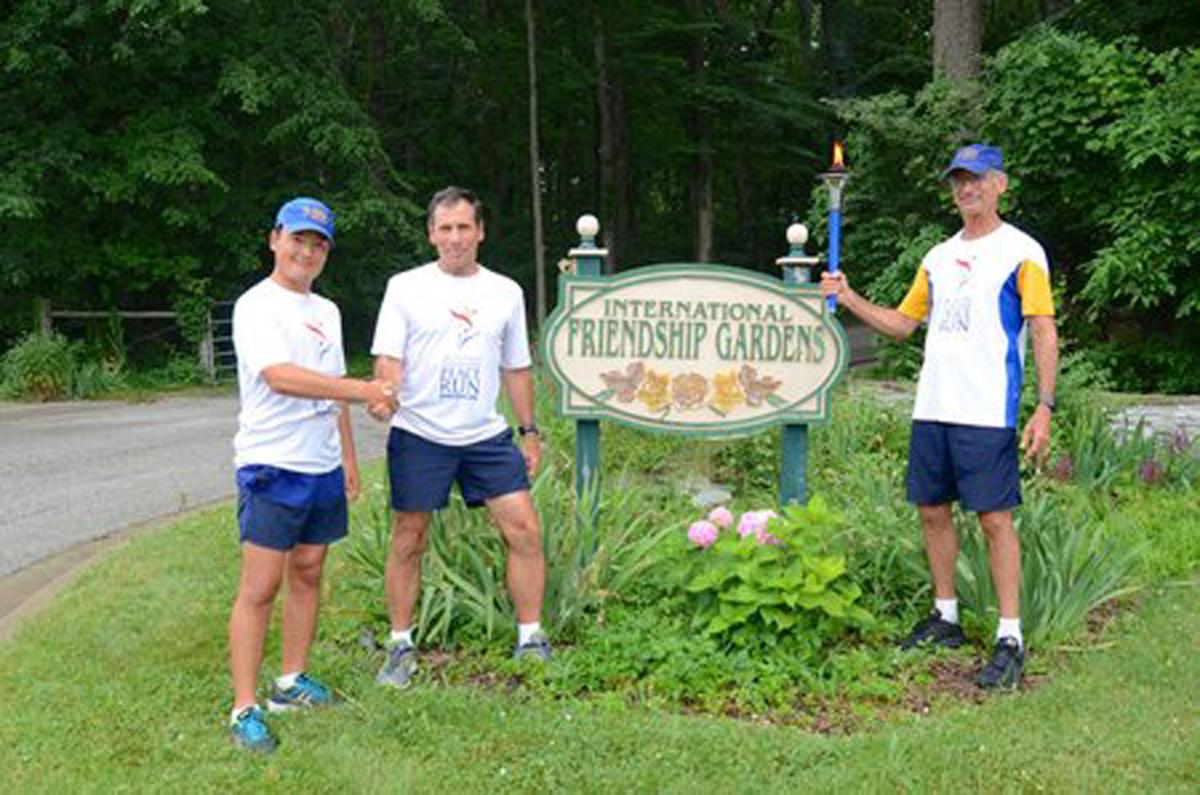 Members of the Sri Chinmoy Oneness-Home Peace Run make a stop by Friendship Botanic Gardens in Michigan City in 2018. 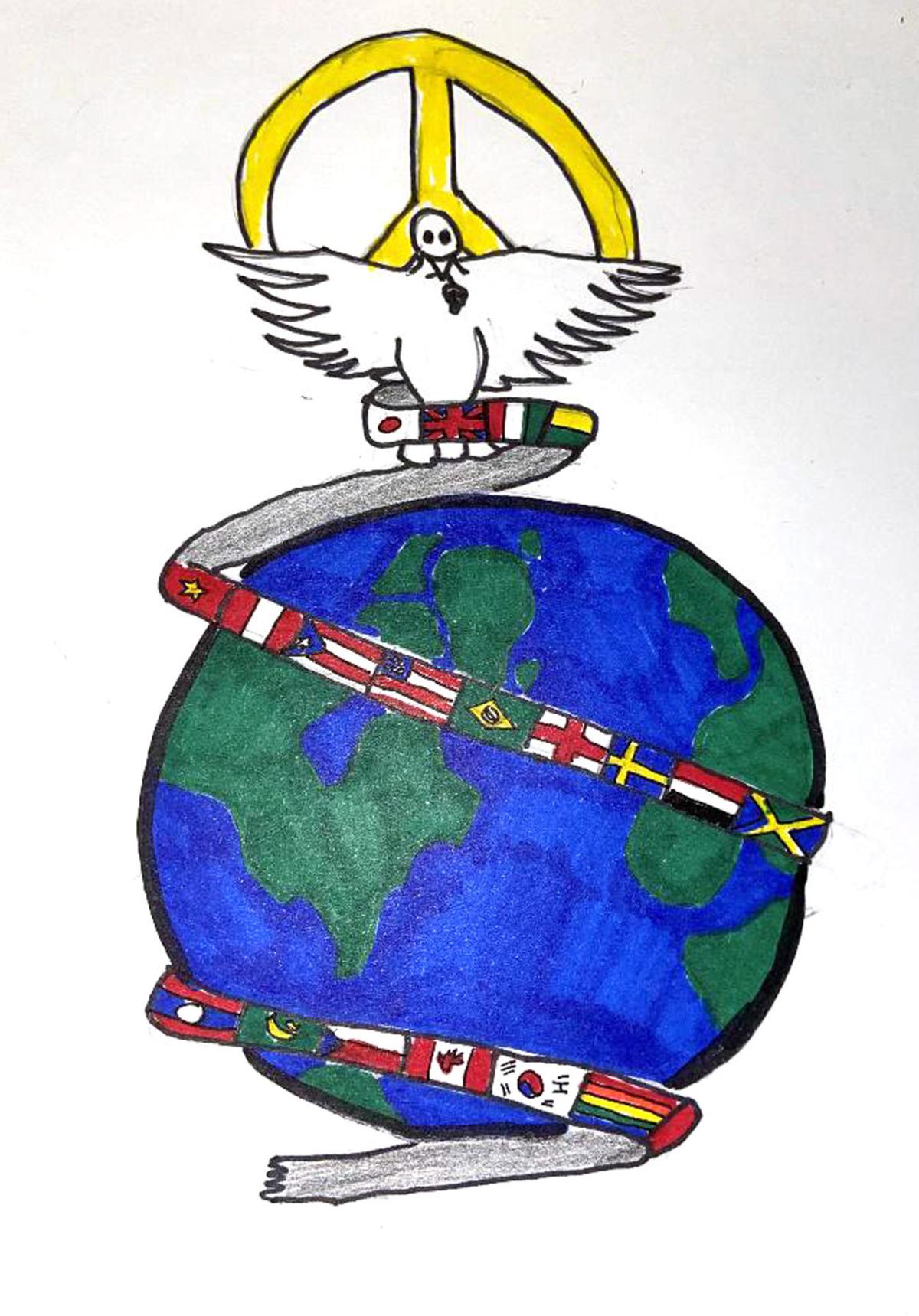 A submission by a 9th grader for the Expressions of Peace project.

Members of the Sri Chinmoy Oneness-Home Peace Run make a stop by Friendship Botanic Gardens in Michigan City in 2018.

A submission by a 9th grader for the Expressions of Peace project.

MICHIGAN CITY — Back in 2018, the international Sri Chinmoy Oneness-Home Peace Run came through Michigan City and made a stop at Friendship Botanic Gardens.

But this year, while preparations were being made for the 11,000-lus-mile run across America, Mexico and Canada – including passing a torch for peace among school children and adults in an effort to promote harmony and friendship – the global pandemic hit.

So plans had to change. Runners will no longer be able to pass through communities, such as Michigan City, on their originally intended route. However, organizers expect the spirit of the event to carry on in Northwest Indiana and other places.

And local children can help.

According to organizer Prakhara Harter, peace runners around the world will be dedicating the miles they run at home to the project, which celebrates peace in the spirit of oneness. The runners will be participating in the United States, Australia, Brazil, Canada, Germany, Indonesia, Italy, Japan, Mongolia, Nepal and Russia.

And to continue the mission of spreading peace, an art project was created called Expressions of Peace.

Children in Michigan City and surrounding communities can submit drawings, paintings or photographs along with short statements about why it sparks peace within themselves, to peacerun.org/us/news/2020/0422/3875/.

Creative artwork has been posted on the Peace Run website from New York City, San Diego, Washington, Canada and Russia, among other places.

The Peace Run has been to more than 160 countries worldwide since its beginning in 1987, with more than 7 million participants.

The 16,000-mile European Peace Run that goes through 44 countries is also being run virtually by international athletes. Supporters of the worldwide endeavor include Archbishop Desmond Tutu, Pope Francis, President Nelson Mandela, Saint Mother Teresa and many others.

Runners and artists of all ages and abilities are invited to join by dedicating their steps to peace or sending their artwork to be on the Peace Run website at peacerun.org.