Skip to main content
You have permission to edit this article.
Edit
Home
News
Obituaries
Sports
Features
Opinion
Columnists
Multimedia
Classifieds
Jobs
Contact Us
How do I?
1 of 2 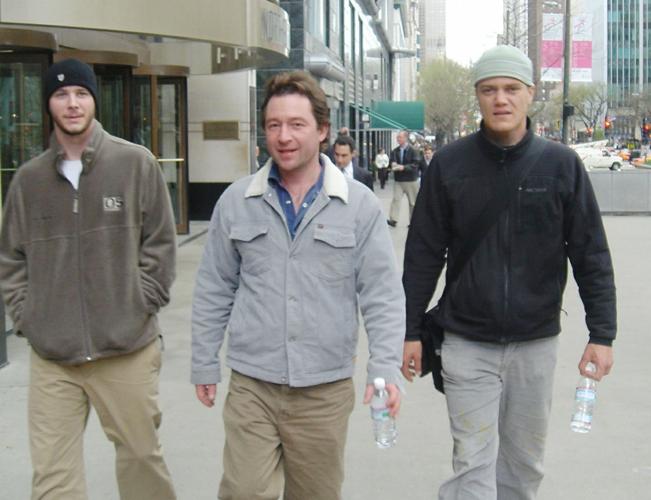 Dan Meyer, center, and Michael Shannon, right, founders of Plot Four Productions, take a walk in Chicago between film work. At left is Meyer’s friend Freddy Blair. Plot Four will be involved in a new production Meyer plans to direct and film in Michigan City in 2023. 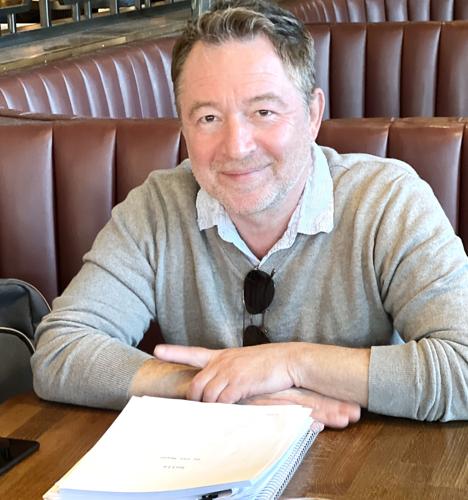 Meyer, a Michigan City native, is returning to his hometown to shoot his latest project, a comedy about two underdogs thrust into the spotlight of the World Dart Championship.

Dan Meyer, center, and Michael Shannon, right, founders of Plot Four Productions, take a walk in Chicago between film work. At left is Meyer’s friend Freddy Blair. Plot Four will be involved in a new production Meyer plans to direct and film in Michigan City in 2023.

Meyer, a Michigan City native, is returning to his hometown to shoot his latest project, a comedy about two underdogs thrust into the spotlight of the World Dart Championship.

MICHIGAN CITY — Dan Meyer’s introduction to the world of darts came more than 20 years ago when a friend asked him to grab a couple of beers and try some target practice.

“And I said, ‘Getting drunk and throwing these sharp metal objects around a bar seems like a bad idea’,” the Michigan City native recalled. “And he said ‘No, this is the best bar game there is.’”

Meyer, then a young actor in Los Angeles making his way through the world of theater and film, gave it a shot, and discovered he actually liked it.

So when he later saw several of his contemporaries, notably Vince Vaughn and Jon Favreau, make it big in the low budget independent movie “Swingers” in 1996, he got it into his head to write a screenplay of his own.

He set it in the world of darts, and centered it around a pair of lovable losers trying to make it big in the World Dart Championship.

“It’s the first screenplay I wrote and that was 20 years ago, and I wrote it for me and my actor friends, and there was a lot of interest, but it never came together and a lot of them went on to be real famous,” he said.

He later went on to act alongside Vaughn, Paul Rudd and Ashley Judd in 1997’s “The Locusts”; and Tony Danza and Michael Madson in “The Girl Gets Moe.” His film writing debut would eventually come when he wrote and was executive producer of the Christmas comedy, “Pottersville,” released by Netflix in 2017.

Now he’s taking another look at his first screenplay, and is planning to shoot it in Michigan City.

“The script’s called ‘Bulls’ [short for bullseye]; it’s about two best friends who own a struggling bar and play on their mediocre pub dart team, and they get a chance to compete in the World Dart Championship,” he said.

“They don’t think they have a shot to win, but then a regular at the bar starts coaching them, and the other regulars start cheering them on. So it’s a comedy, but it has a real cool message about community.”

Meyer said they are looking to shoot mid-April to mid-May of 2023, and are already in preproduction. He said they will start casting the first of the year, and plan to shoot both locally and in Chicago. He’s hoping to get some named actors to join in.

He said they will probably film mainly in the Uptown Arts District, up to Washington Park beach, for the Michigan City scenes.

“It’s a beautiful town with a diverse population and I thought how cool to be able to showcase not only the town and its people, but the actors and artists and musicians,” he said.

“I hope when people see the movie they say, ‘I can’t believe that’s Indiana.’ They normally hear Indiana and think farms and corn. When they see this, I want them to say, ‘That’s amazing, I didn’t think that was Indiana too.’

“So the town itself kind of plays a character in this film. It’s not just a sports movie and an underdog movie. It’s also a way of showcasing our community.”

Meyer, born and raised in Michigan City, attended Rogers High School and went on to study at Indiana University. But then he dropped out of college and found himself drawn to the big city.

He said acting was always something he knew he was going to try.

“I didn’t do any plays in high school or college, but then I moved to Chicago and I got a bunch of books on acting, read them, then went on these auditions and got cast,” he said.

“I signed up for one class, but didn’t care for it very much, so I quit the class. The teacher, he had some attitude like, ‘If you study with me you can’t audition,’ and I thought that was nonsense.”

On his first audition, which was for the lead in “Winter Set” at the Illinois Theatre Center, he was up against Michael Shannon, who would eventually go on to play Gen. Zod in “Man of Steel.”

Shannon got the role, but the two would go on to be friends, and even started a production company together, Plot Four Production. Plot Four produced “Pottersville,” and Meyer said it will be involved in “Bulls.”

The big difference this time is Meyer will direct.

Since the main characters own a bar, he said they will be looking for a bar to shoot the main scenes in, but also need a place for the World Dart Championship, plus a couple of shops, the beach and some parks.

Although he’s directed several stage plays before, Meyer said this will be his first time taking the helm of a feature film.

“The biggest difference I see in being the writer/director is I get to see the movie through my vision from beginning to end, as opposed to when you just write it, they [the directors and producers] handle it themselves,” he said. “They make the movie as they see it. So this is very exciting.”

According to Meyer, he returned to his hometown during the pandemic and started to admire what the city had to offer.

“And having been here now a couple years and having gotten a little older, I’ve really come to love and appreciate being back home in my hometown of Michigan City, and that’s one of the reasons why I wanted to make this movie here, this town rallying around these two guys trying to do the seemingly impossible.”

Meyer said they are still looking for help. Those interested in learning more about the production, or helping out, can visit the film’s Facebook page, BULLS The Movie, or email the creators at bullsmcin@gmail.com.

This great Dan! Good for our town!