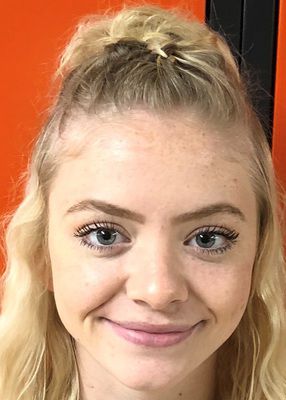 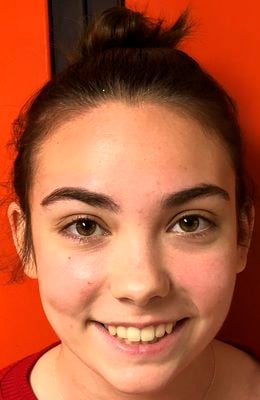 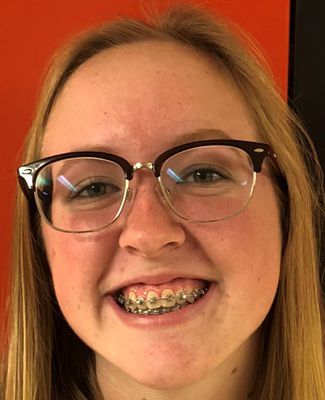 Players to watch: Weston sisters, Albers. The three combined for an average of 27.6 points, 12.8 rebounds, 7.2 assists and 5.6 steals per game last season. Aside from six games, one of the three of them led the team in scoring, with Sarah leading in 10 of the Blackhawks' 22 games. Her season high of 22 points came against Boone Grove, while Albers' high of 21 occurred in the final regular season game against Argos, and Grace's 18 points two games prior to that against Gary Roosevelt. The trio proved its scoring prowess countless times, but they do so many other things well. Albers is tenacious on the boards and on defense, snagging 6.2 rebounds and 2.4 steals per contest, leading the team in both categories. Both the Weston sisters can fill it up, too (Sarah 12.3 ppg., Grace 7.6 ppg.), but consider themselves pass-first players. That showed in 2018-19, as they both led the team in assists per game with 2.8 apiece. Sarah and Albers are Westville's captains this season, and their and Grace's all-around skillsets make this Blackhawks squad a balanced one capable of going far.

Newcomer to watch: Hannon. The junior didn't see much time on the floor at the varsity level last year (0.8 ppg, 1.3 rpg, 0.6 apg), but tore it up on junior varsity. Her performance as a sophomore at the lower level impressed Marshall and others, earning her a spot in this year's starting five, getting the nod over a pair of senior post players in Horton and Bernard. "She's a smart player," Marshall said. "She's really good fundamentally. She just gets it. She's basketball smart. She's a bit on the quieter side, but she gets everything done during practice." Inserting Hannon as a brand new varsity player and starter typically would come with a bit of a learning curve, but her high basketball IQ should help her blend right in with the rest of the Blackhawks' experienced lineup. Westville won't rely on Hannon to score the ball very often, but being able to make the correct passes and make the right reads defensively will prove to be valuable assets.

Outlook: The Blackhawks return the bulk of their talent, promising for a strong 2019-20 campaign. However, Marshall comes in as a first-year head coach after new hire Kyle Stage abruptly resigned last month. Marshall coaches sixth grade at the middle school and coached the high school team from 1999 to 2011, so athletic director Drew Eubank contacted him about the vacancy. He also happens to be the Westons' uncle, so the fit seemed very natural. Both are rare AAU-level players in Class A girls basketball, and their abilities to not only score, but to pass the ball will prove vital to Westville's offensive production. "Both are very special passers," Marshall said. "They're always able to find the open player, whether it be one another or one of their teammates." One of the big keys to the Blackhawks' success will be their fast-paced offense. With the Westons used to the pace of AAU ball, playing in high school feels much slower. But having them dictating the offense at a speed that may seem slow to them still looks quick against opposing Class A defenders. Pushing the ball up the court worked well last year, and with a good chunk of last season's contributors returning, there's no reason that strategy shouldn't work again.