Starting at
$3.00 for 1 day
Get Started
View all rates

If you need to purchase a subscription.
You are the owner of this article.
Edit Article Add New Article
You have permission to edit this article.
Edit
Home
News
Obituaries
Sports
Features
Opinion
Columnists
Multimedia
Classifieds
Jobs
Contact Us
How do I?
1 of 15 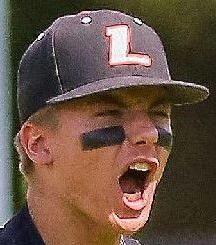 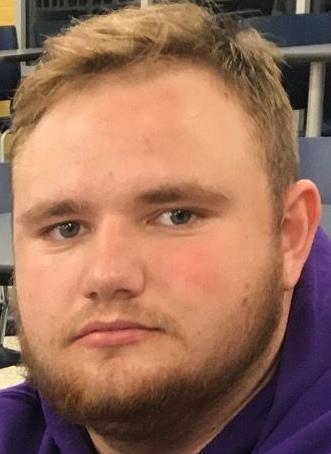 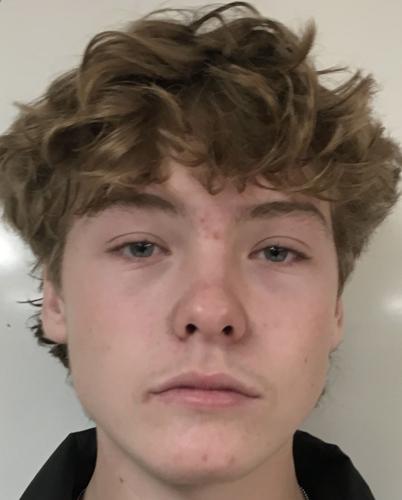 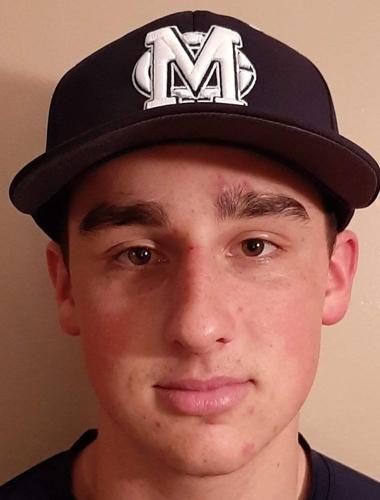 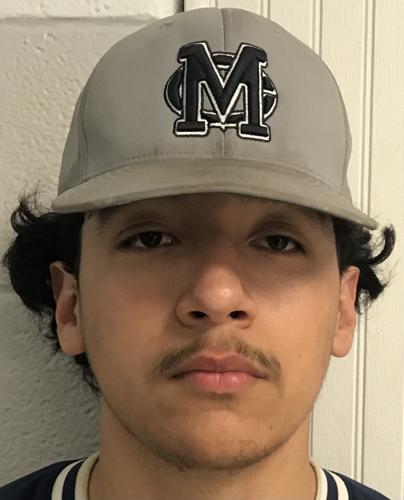 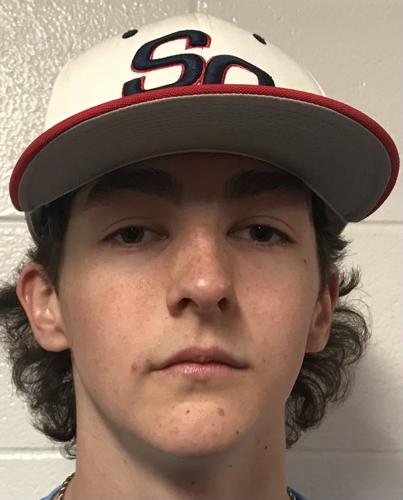 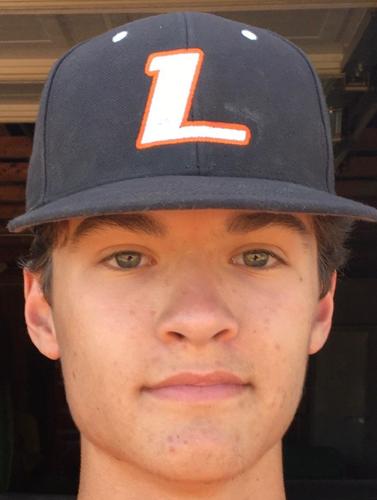 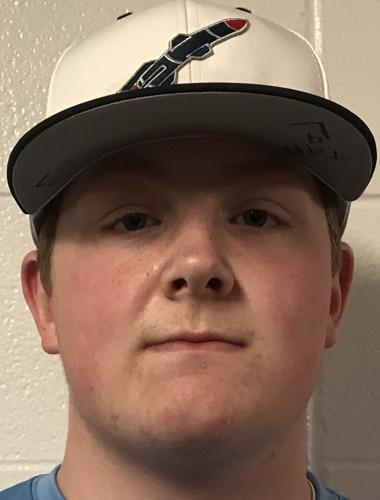 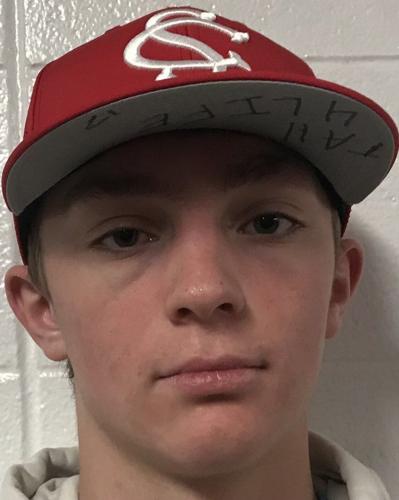 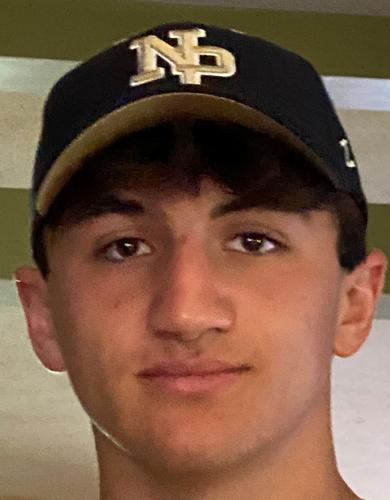 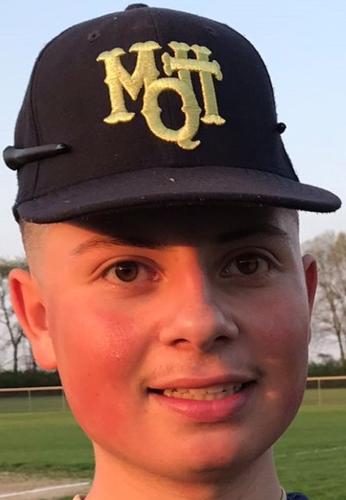 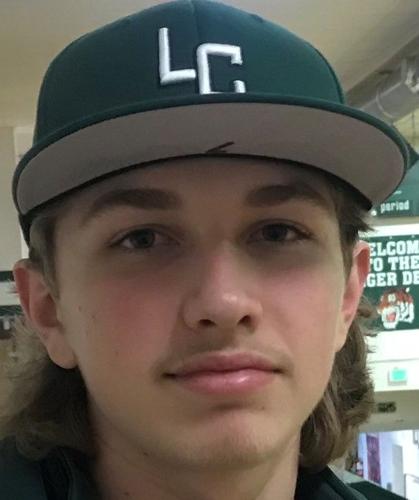 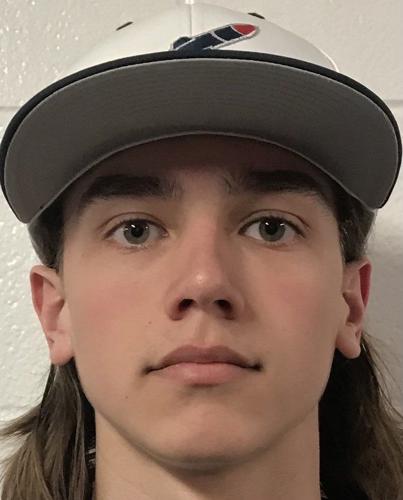 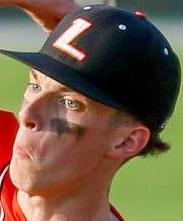 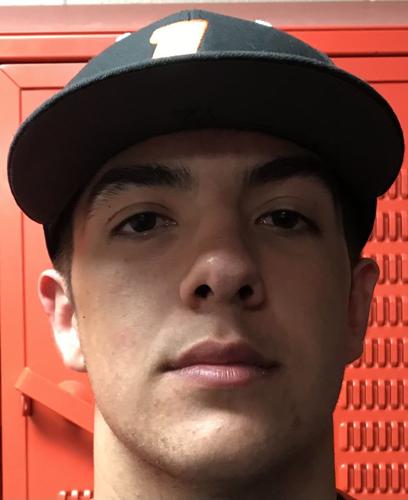 UTIL – RJ Anglin, Jr., La Porte Stats: .361, 21 RBI; 4-0, 3.35 ERA, 31 1/3 IP, 43 SO. Bio: Anglin’s production arrow soared as the spring progressed, both at the plate and on the mound. He emerged as the Slicers’ primary relief option in big games and was clutch at the plate, posting a scant 0.50 ERA in Duneland Conference games while hitting .419. Anglin also wore several gloves, seeing time on the infield and in the outfield. C – Adam Borror, Sr., New Prairie Stats: .400, 16 RBI Bio: Borror made the most of his single season as a varsity backstop, providing a consistent bat and solid defense. His production earned him All-Northern Indiana Conference honors. SS – Cody Brooks, Sr., Westville Stats: .404, 13 R, 15 RBI Bio: An all-Porter County Conference selection, Brooks led the Blackhawks offense and was a defensive anchor on the infield. OF-C – Alex Contreras, Sr., Michigan City Stats: .386, 10 R Bio: The Wolves’ Mr. Versatility showed up all over the diamond and he was especially productive during Duneland Conference action, hitting .469 and striking out just twice. P – Ryan Cuma, Jr., Michigan City Stats: 2-3, 1.50 ERA, 50 IP, 58 SO/10 BBP Bio: The baffling left-hander’s pitches would never draw a speeding ticket, but he still managed to craft the second lowest earned run average in program history. Cuma also played perfect defense, committing no errors between the mound and center field. OF/P – Brad Ferrell, So., South Central Stats: .480, 7 2B, 7 3B, 30 RBI, 46 R; 5-1, 1.63 ERA, 38 2/3 IP/84 SO. Bio: Electric. What better way to describe the multi-talented sophomore who excels at every facet of the game and always does it with a flair. A tender arm limited his innings over the second half of the season, but he always had the ball in all the big moments. Ferrell committed in the pre-season to Kentucky as a pitcher, but he swings an awfully potent bat, too. 2B – Kade Flores, Jr., La Porte Stats: .425, 14 2B, 18 RBI, 32 R Bio: A catalyst for an often pedestrian Slicers offense, Flores was an on-base machine who hits with a little more pop than a typical lead-off hitter, comfortably leading LP in extra-base hits. He was also an all-Duneland Conference pick. 3B – Brice Glisic, Sr., South Central Stats: .372, 11 2B, 22 R, 34 RBI Bio: The big lefty led the Class A regional and PCC tournament champions in doubles and RBI and was second in average, wielding the most consistent bat in the lineup outside of Ferrell. Glisic was named to the All-PCC team. SS – Zack Hanchar, So., South Central Stats: .337, 17 RBI, 33 R Bio: The Satellites settled on Hanchar as their leadoff man around mid-season and once he was placed there, he never left, excelling as the trigger for S.C.’s lineup. Hanchar tied for the team lead in stolen bases. With two years to go, he could mature into more of a middle-order hitter. OF – Grady Kepplin, Jr., New Prairie Stats: .462, 5 HR, 9 2B, 31 R, 42 RBI. Bio: Kepplin did it all offensively, hitting for average and power while stealing 14 of 14 bases. He was also moved to center field around mid-season to stabilize the outfield. The All-Northern Indiana Conference selection’s RBI total stands third in school history. P-1B – Armando Martinez, Sr., Marquette Stats: .396, 22 RBI; 3.45 ERA, 48 2/3 IP, 57 SO. Bio: A statistical and emotional leader for the much-improved Blazers, Martinez was an innings eater who excelled more with guile and command than he did with stuff. The Manchester-bound lefty also led Marquette in RBI. “He’s been fun to watch all year, whether it’s on the mound or on the plate,” Marquette coach Casey Martin said. “He’s always been the guy I know we can count on in those situations, so to see him deliver is just another example of that and proves how focused and how great he’s been for us.” SS – Blain Rust, So., LaCrosse Stats: .569, 17 BB, 18 RBI, 24 SB, 29 R Bio: Rust consistently lit the match for the Tigers offense, practically living on the bases. The power numbers figure to climb as he gets stronger, which is worrisome for opponents who still have to deal with him for two more years. 1B – Tommy Sullivan, So., South Central Stats: .321, 22 RB, 29 R Bio: Talented on skates, Sullivan isn’t bad in spikes either. The smooth glove man was second on the Satellites in on-base percentage, thanks to a team-high 17 bases on balls. P – Shane Weaver, Sr., La Porte Stats: 7-1, 1.49 ERA, 47 IP, 68 SO Bio: The lanky right-hander ascended into the No. 2 starter’s role, a key development in LP’s 11-3 finish in the conference standings, and he wound up leading the Slicers in most pitching categories. Weaver’s performance earned him a spot on the all-DAC team. OF-P – Cam Worthington, Sr., La Porte Stats: .366, 24 RBI, 28 R; 4-2, 2.31 ERA, 39 1/3 IP, 64 SO Bio: It wasn’t quite a repeat of his junior year, but the Slicers’ laid-back southpaw ace and all-DAC selection kept his team in every game he started, while finishing near the top of most offensive categories. When he wasn’t on the mound, Worthington played as good of a right field as anybody with great reads on hits and a big arm he didn’t mind showing off. Honorable mention: LaCrosse – Caden Heminger, Carter Burkholder, Brendan Tarter; La Porte – Hayden Lowe, Jaden Parkes, Tommy Samuelson; Marquette – Jack Gausselin, Luke Fassoth; Michigan City – Gavin Kaletha, Nick Lemon; New Prairie – Dallas Ryans, Gunnar Ryans, Adin Newman, Francisco Bibian; South Central – Brayden Grass, Jacob Oehmen; Westville – Gavin Hannon.